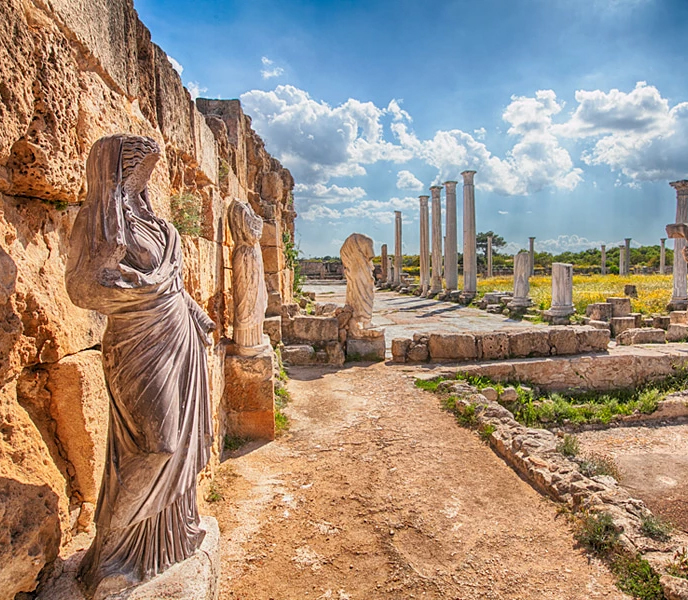 There are myriad islands in the Mediterranean, but only one does Aphrodite, the ancient Greek goddess of love, call home, and that’s Cyprus. Whatever your pace or special interest, Cyprus is uniquely poised to welcome you. Our beaches are not only beautiful; they are certified as among the cleanest in Europe. And, just a short drive from the crystal clear waters of our coast are the pine-clad Troodos Mountains, where wild moufflons roam and cedars grow, and gem-like churches and monasteries are replete with unmatched Byzantine frescoes and icons. Ten of the finest examples are designated by UNESCO as World Heritage sites.

Cyprus is a haven for archaeology lovers. From Neolithic settlements more than 10,000 years old, to spectacular Greco-Roman ruins, such as the ancient seaside amphitheater of Kourion, to Crusader fortresses such as Kolossi, the list of treasures is boundless. By no means will you want to miss Pafos, a wellspring of antiquities in the west, including the mysterious Tombs of the Kings…and Roman mosaics that are so colourful, extensive and well-preserved, they are recognized by UNESCO.

Although Cyprus is the third largest island in the Mediterranean, it is surprisingly compact and easy to explore. In between rugged mountain peaks and the shimmering coast you’ll traverse untrammelled landscapes and rolling hills with vineyards that still produce the world’s oldest named dessert wine, sweet Commandaria. Linger in idyllic villages such as Omodos and Lefkara where the rhythm slows down and there’s always time for another coffee. All across Cyprus, you’ll have the opportunity to experience a distinctive cuisine composed of meze, small plates of everything from flame-grilled, delicately spiced meats to fresh vegetables and amazing cheeses, such as the famous halloumi (the savory sheep’s cheese that grills).

With its rich past as anchor, Cyprus is also a thriving modern nation with a service economy second to none in the whole region, and the Cypriot people, worldly and warm, are only too happy to share it with you. Which means among other things, an attractive range of accommodations, luxurious hotels with both local flavour and the highest international standards, quality tourist villas, agrotourism options and more.

Cyprus’ location, coveted by empires since ancient times, is still ideal today for visiting nearby countries, such as Greece, Israel and Egypt. But with so much history to see and culture to enjoy and cuisine to savor – and with Aphrodite as your guide – you will have more reasons to stay and explore Cyprus than you might think. 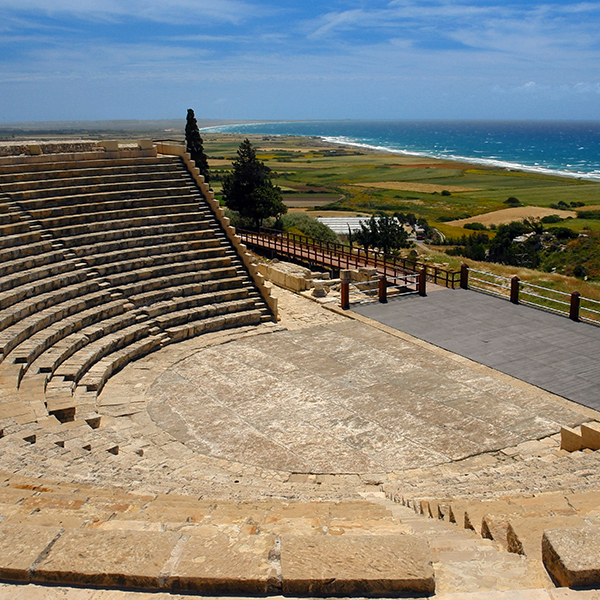 Legends of kings and kingdoms, and the origins of the island’s wine making industry characterise the Limassol region, which embodies both the ancient and the modern.

Known as the region of wine, celebrations and ancient realms, Lemesos is comprised of its main city – which sits between two important archaeological sites; the ancient city-kingdom of Amathus to the east, and the ancient city-kingdom of Kourion to the west – along with rural areas and charming mountainous villages, where old traditions and crafts are still practised.

Lemesos is the second largest city of Cyprus, the home of the island’s main port, and a bustling holiday resort. From its jewel of a marina and impressive archaeological monuments, to the vast 15 km coastal strip lined with restaurants, bars, cafes, shops and entertainment establishments, the main city is thriving and colourful.

The region also encompasses two unique wetlands. Germasogeia Dam is a peaceful place to relax, take a stroll, or enjoy a spot of angling, whilst Akrotiri Salt Lake is perfect for observing nature and wildlife (especially birds). The environmental significance of the Salt Lake and its surrounding area are showcased at the new installations of Akrotiri Environmental Centre.

The region then trails up the sun-kissed southern slopes of the Troodos mountains, with vineyards forming a pleasant green backdrop to the city. The hillside villages here are known collectively as the ‘Krassochoria’ (or wine villages), and keep their old traditions of viticulture alive, producing the island’s best wines even today, and especially one of the oldest named wines in the world – the sweet dessert wine of Commandaria. Here, visitors will find a tranquil, rural retreat where hiking and cycling can be enjoyed in the unspoilt countryside.

With its viticultural pedigree and a magical history, the region of Lemesos simply sparkles with opportunity from coast to hillside.